​A Keeper Of The Sins Story 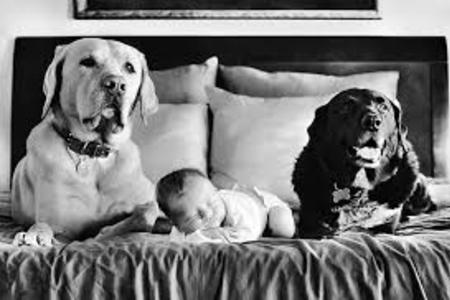 Sarah Tanaka stared at the closet door.  She had become very interested in doors lately.  The door to her room was wooden and shiny and had six smaller panels in it.  The front door of her house was also made of wood, but it was thicker with strong-looking bars crossing the span of the small window in the middle.  The door to Miss Kotta’s class where she went to third grade was metal, and painted brown.

She wished she could trade those doors for the one blocking her closet.

There was a tap, so soft on the closet door that, if she hadn’t been listening for it, she wouldn’t have heard it.  She pulled the covers up to her chin.

Her sister had moved out of their room a couple months ago.  She was sleeping down the hall from Mommy and Daddy.

Sarah hated her for that.

She looked at the clock and Mickey Mouses’ hands were creeping around to the time when Mommy or Daddy would come up, tell her she shouldn’t be lying here with all the lights on, and then…

There was another tap and a flash from between the slats of the closet door.  That may have been from the sequin ballerina costume she kept at the front of the closet.  Just because it looked like it moved doesn’t mean it really did.  That was what Mommy told her.

Maybe Mommy and Daddy wouldn’t come upstairs tonight.  She stared at the light bulb, until the afterimage of the light wavered.  It was one of those curly-fry bulbs that lasted thousands and thousands of hours.  As long as they had electricity, she had no reason to worry about… that.

She didn’t know she drifted off until she woke up to her father stroking her hair and kissing her forehead.  He was dressed in the long sleeve black shirt he sometimes wore when he needed to work with his friend, Marcus.

“Just for tonight, please?  I promise I won’t turn them on tomorrow.”

“Sweetie, you have to turn them off.  It’s for your own good.”  He flinched as she threw herself forward to cling to his neck.

“You should be doing that anyway.”

“I’ll make your bed in the morning.”

“Sarah…”  Daddy gently pulled her arms from around her neck.  “Sarah, you can’t keep promising that, sweetie.  Look, its better for you in the dark.  You sleep better—“

“There’s nothing to be afraid of.  Mommy and I will be right downstairs.”  He held up a hand in front of Sarah’s protest.  “No one is going to just come in here and get you.”

She had tried.  Sarah had tried to explain about the noises at night, about the closet.  She even got her parents to look in there a few times.  The thing was never there when they looked.  No matter what she told them for the past two weeks, no matter how many doctors they took her to see, they never believed it was the thing in the night making her thinner and more tired.

Her daddy had been talking, and she tuned back in.  “…So mommy and I need you to get your sleep.  You can’t listen to your imagination when it tells you these things.  You need to get your sleep so you can beat the bad buggie-germs, all right?”

Her daddy gently eased her down onto the bed and kissed her forehead.  “Sleep tight, little one.”  Then he got up and snapped off the switch, killing the light from the curly-fry bulb.

There was a last, hopeful beam from the hall light filling the room, then her daddy blew her a kiss.  And he closed the door.  Leaving Sarah, the tiny nightlight, and the room.

Three clicks and a scrape of wood on… wood?  Sounded against the closet door on the far wall.

It opened.  And that was the worst of all.  Because when the door opened at any other time, the hinge in the middle gave a squeak that quacked like a duck.  But now, in the night, the door made no sound at all.

Although her nightlight was set in the socket directly across from the closet, nothing inside could be seen.

It came now.  Lying there, she felt it come before she could see it.  She felt her insides drop.  And even though the light switch was just off the foot of her bed, even though the door to the bright hallway was just beyond that, she didn’t have the strength to get there.  It was as far away as swimming across the ocean.

Darkness came out from the closet.  It was like the smoke at that haunted house party Daddy took her to last year, but black.  It reached across the floor, flowing toward her.

It was in there.

It was coming closer.

And so was something else, something she hadn’t noticed.

Soundless and swift, from the corner next to the door, Daddy came out of the darkness.  He reached the dark mist in one leap, plunging his hands inside, into the darkness, totally focused on some spot inside the murk.
Daddy came up, something struggling in his grip.

Something pale in the dim light.

Something thin, and dark eyed, and angry.

It threw its thin arms around, kicked back with its legs and daddy, her daddy, held on, held it up off the ground.  It let out a sound, something like a whistle and a hiss and fought harder.

Daddy said a bad word and pushed the pale thing against the wall.  Then he made a whuffing sound and dropped it.  It flopped for only a moment, then scrambled for the closet again.

Daddy said the bad word again and jumped on the pale thing.  And this time, when he slammed the thing against the wall, it made the whuffing noise.

Daddy wrapped one arm around its chest, pinning its thin arms, and clutched it by the back of the neck.  “Listen closely, you—“And he strung together more bad words than Sarah had ever heard in her life.  “This is my daughter.  She is my family, and she is under my protection.”

It struggled again, but daddy didn’t even move.

Daddy’s voice got deeper, scarier than anything the pale thing ever did.  “If you ever – ever come near my family again.  I’ll squeeze you into a box, encase you in salt and bury it in concrete.  Do you understand?”

The thing thrashed.  It turned its head and Sarah could see its eyes weren’t just black; they were little caves in its head.  It should have scared her… but nothing about this thing was scary, not anymore.

“Do you understand me?”

It struggled again.  Paused.  Struggled.  Then made the whistling hiss and nodded.  Its head shaking up and down like a sewing machine needle.

“I cast you out from my hearth.  Begone!”  Then Daddy threw the thing at the window.  When it hit the glass, it shattered into silvery smoke that got sucked out into the night outside.

It was some time before daddy was able to make it over to the bed.  He sat down and Sarah could feel the mattress shaking with him.

“I’m sorry you had to see that sweetie.  I had to get him, and this was the only way to… I’m so sorry, sweetie.”  He stroked her hair.

Sarah took in a sweet breath.  She was tired now, and the tired wasn’t making her scared anymore.  “Daddy?  Will you stay until I sleep?”

Daddy was crying and smiling as he nodded.

Johnny Tanaka could barely work the doorknob with his shaking hands.  But it was vital he turned the knob slowly.  His daughter had just drifted off and he had an idea this was an important night of dreams for her.  He jumped at a muffled clump on the stairs – the traces of adrenaline milking his nerves.  It was just Marcus, coming up the stairs, holding a mug in one hand, fishing in the big pockets of his leather jacket with the other.

Marcus gestured with the mug as he came up the stairs, his steel-toed boots making very little sound.  “Needed a warm-up.  How did things go?”

While Marcus poured a red liquid from an hourglass-shaped bottle into the coffee mug, Johnny told him about what happened in his daughters’ room.  Marcus smiled and nodded with extreme approval.

Johnny leaned back against the wall, but bounced up when the thought hit him.  “And you!  You!”  He wanted to smack Marcus, but even though he stood taller than the other man, Marcus’ shoulders seemed to fill the hallway.  He settled for making a fist in the air.  “You were supposed to back me up!  What if I needed help in there? ‘Oh, wait.  Don’t gut me, time out.  My partner is on a break’?”

Marcus gave a don’t-be-stupid chuckle.  “You’re a father – an angry one protecting his daughter.  That thing was a fear-sucking parasite that preyed on kids.  It didn’t stand a chance.”  He grinned.  “Everyone underestimates a determined daddy.”

Johnny felt the warm flush of exhaustion creep up his back.  “You’re sure it won’t come bac-.”  He froze on the last word.

“Oh yeah.  These things get spooked once they get confronted.  Don’t worry.”

Johnny nodded, but he had already noticed the smudge of off-color blood on the back of Marcus’ wrist.  Marcus had allowed him to be the hero in front of his daughter, something every daughter wants to see.

Determined daddy or not, it was never coming back.