Before He turned four, Chad Bednar taught himself to read.

And… um… yeah.  That pretty much defined his path from there on out.

Acting, singing balads, and reading into the raw hours of morning became the luxuries that all followed the same theme; he had become a story junkie.

Sure, it may have taken some effort to cut his teeth in the literary world.  He may have written one or… six novels, but he struck his stride and his voice on his Keeper of the Sins series.

Since then, Chad has been pushing the series at conventions, facebook and through his website, Keeperofthesins.com.  He’s been given exclusive interviews through O.C. Dweeb and Blackgate, mentions on WGT radio and The Chicago Insider.  His fan club is small, but loyal. 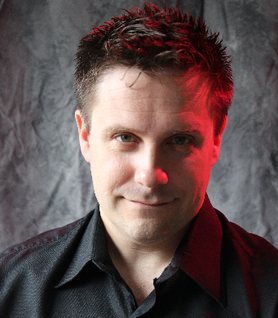