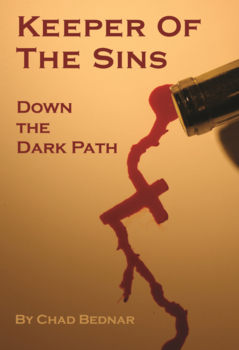 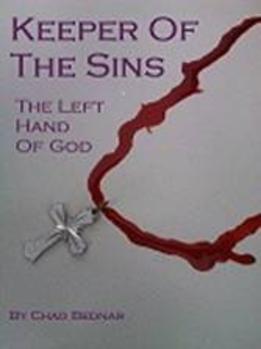 About a hundred years ago, in a town he was trying to infect, a little girl latched on to him in his disguise as a mortal. When he was discovered, the girl gave her life for him. Her selfless act cracked something inside him. His empathy made it impossible to prey on humans.  He needed to find a new way to live.

Soon the Vatican sought out this "vampire with a conscience". It seems there are a number of tainted artifacts in the world. Artifacts that can do incredible things.
At a price.
These powerful items can either corrupt the innocent, or perform abominations when placed in the wrong hands.
The Vatican had placed it upon itself to gather these things - these "sins", to keep the public safe from their influence. But, since these artifacts can't be contained on Holy Ground, they would be given to a special person, like a monk or a hermit to keep them safe.
Unfortunately, humans can be easily tempted. How easy would it be to take up a ring that cures all illnesses when your baby sister is dying in pain?  Further, even exceptional humans proved to be no match for the creatures that came looking for the artifacts.
The Vatican makes Marcus a deal; Keep the artifacts safe, collect others as they crop up, protect the innocent...
And the Vatican itself will offer up absolution when he dies.

Does he even HAVE a soul to save?
Can he resist absolute temptation?
Is he a match for the hordes seeking the artifacts?

The Keeper of the Sins

Keeper of The Sins

A VAMPIRE THAT WORKS FOR THE VATICAN

This series encompasses Demons, Wizards, Addiction, Werewolves, the mysteries of the Church, and a Vampire with a personality like broken glass.